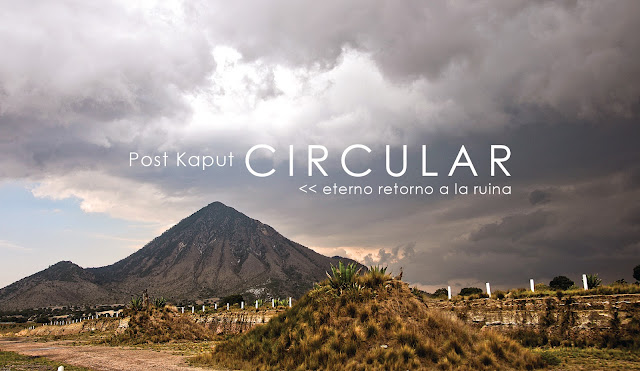 CIRCULAR is an experimental video by Víctor Martínez and Post Kaput Kollectif, a docu-sci-fi on the cycles of time in which the civilizing efforts of man are subscribed, which succumb to their own weight. The characters travel the layers of time around Cantona and Tepeyahualco, Puebla, and contemplate the eternal return to ruin, seeking the exit of that loop that traps them. The sound exploration, by Post Kaput, accompanies the live expedition of the moving image.


Diverse moments in the geological time are verified in the area from the vestiges like the lava flow that floods the valley since time immemorial and generates a forest of yuccas. The pre-Hispanic city of Cantona is built on this scree or badlands, we assume that for security reasons and to take advantage of the land for cultivation. The dry climate zone has been technified for the agroindustry with irrigation systems that redefine the landscape and insert greenery into the ocher plains of these valleys near Perote. The era of the colonial and post-revolutionary haciendas dot the area of ​​robust and elegant buildings, witnesses of the use of the national territory. The modern highways cross the landscape like a precise dissection that generates new lines and routes. The characters, rather than actors, are silent witnesses who shred the layers of the past in small performative actions in different contexts, evoking with their outfits the photographic memory of past festivities. The video and the sound composition follow a classic structure of three parts; arrival, roundabout and return, dotted with moments and spatial and temporal references of the diverse cultures that inhabited the area. It is an exercise of trans-cavation of memory, specific site and circular actions that are linked with their corresponding sound evocations. The future is over, we return to it continuously but, unbeatable, throws us into the shadow of oblivion in the eroded ruin that struggles not to disappear.
(Brief Synopsis)

CIRCULAR is a tropical Sci-Fi movie about a group of aliens visiting planet Earth and their transit over different layers of our history through several ruins of past civilizations. During this exploration they experienced different states of consciousness and performed a kind of ritual that brought them a fuller idea about us, the human race.


Soundtrack Recorded Live by: POST KAPUT
Teaser Sound: "CIRCULAR B Side 01"
Arranged and Performed by: POST KAPUT
Filmed in different locations of Puebla and Veracruz, México. 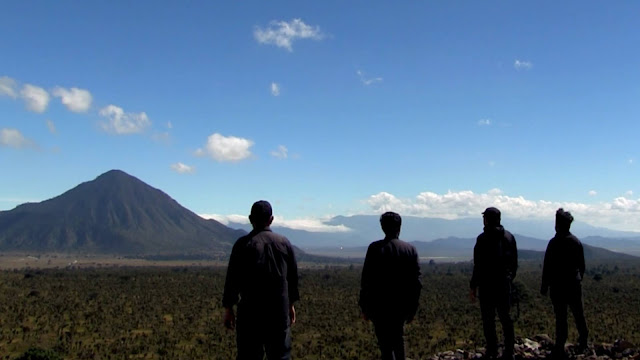